Patients presenting to the emergency department with this arrhythmia, can be cardioverted and some will respond to AV nodal blockers such as Adenosine or Calcium Channel Blockers or Beta Blockers. However, even if the arrhythmia reverts with these, the patient should still be discussed with cardiology, especially if they fit the particular ECG patterns discussed below. Idiopathic VT can be mistaken for a supra ventricular tachycardia(SVT) with aberrancy and it will respond in some cases to AV nodal blockers, just like an SVT with aberrancy, so beware. However there are some distinct differences in morphology and axis, that allow us to identify it.

Idiopathic VT tends to occur in patients aged 30-50 years of age, but the age variation can be large, from the very young to the very old. Patients present with palpitations, or lightheadedness/dizziness, or syncope.

Why do we need to be able to diagnose VT or Idiopathic VT, when we can just shock every patient with a wide complex tachycardia (WCT)? For those belonging to the more popular school of thought that says we don’t care about the diagnosis. If in doubt “shock’em”. This will generally be a safe approach, as long as we aren’t shocking sinus rhythm with a bundle-branch block or a hyperkalaemia.
For the group that favours knowing the diagnosis and using pharmacological cardioversion, some basic rules must be followed:
VT and VF usually occurs in the presence of structural heart disease. This can take the form of a myocardial infarction or a cardiomyopathy (Dilated or Hypertrophic). These patients have an increased risk of sudden cardiac death and are the ones we are more concerned about.

What defines a structurally normal heart?
Usually the ECG, Echocardiogram, and coronary angiogram will all be normal. Sometimes we will need to include an MRI to this list.

Patients with Idiopathic VT can present in two ways:
The ECG will give us the site of origin, be it right or left ventricular. 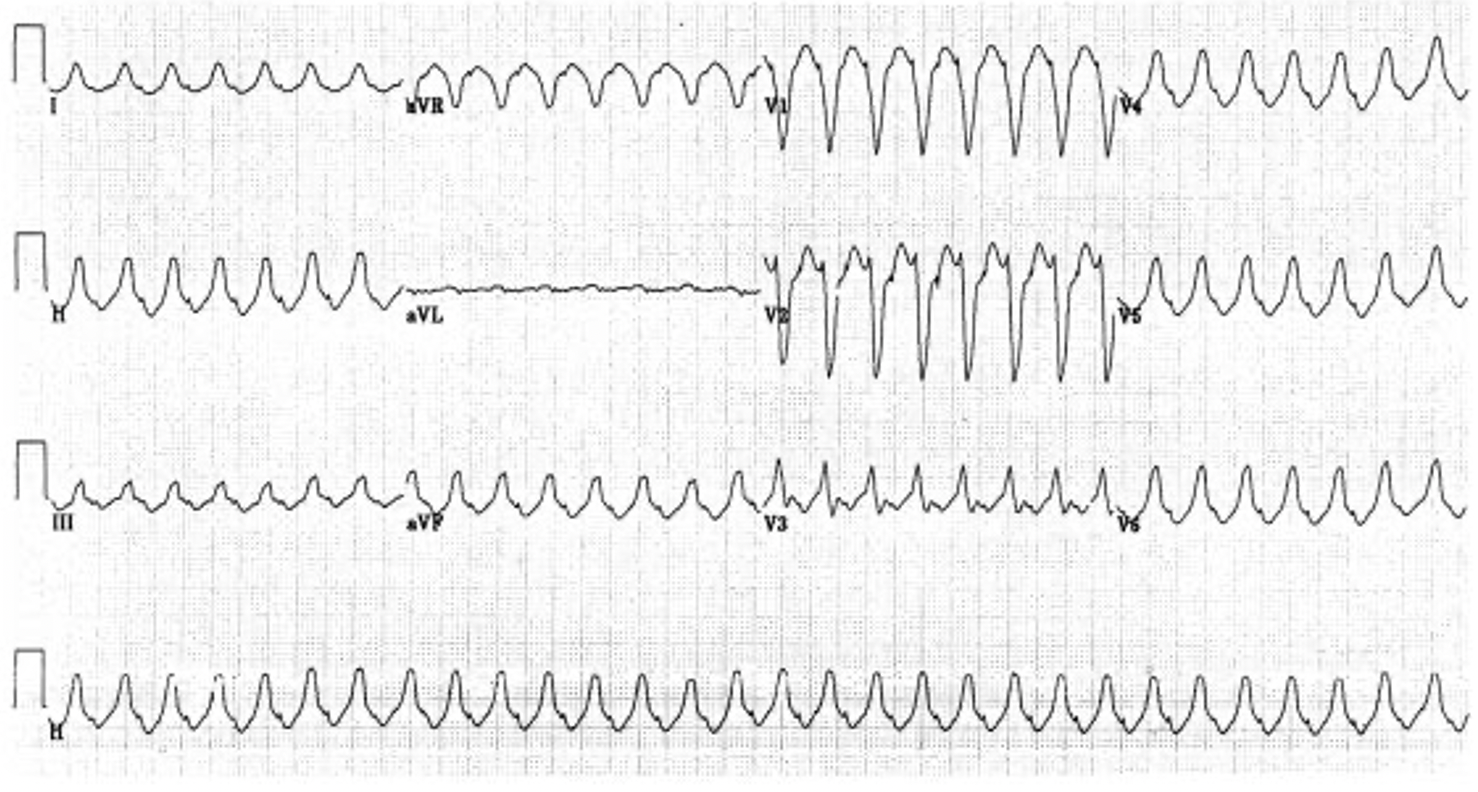 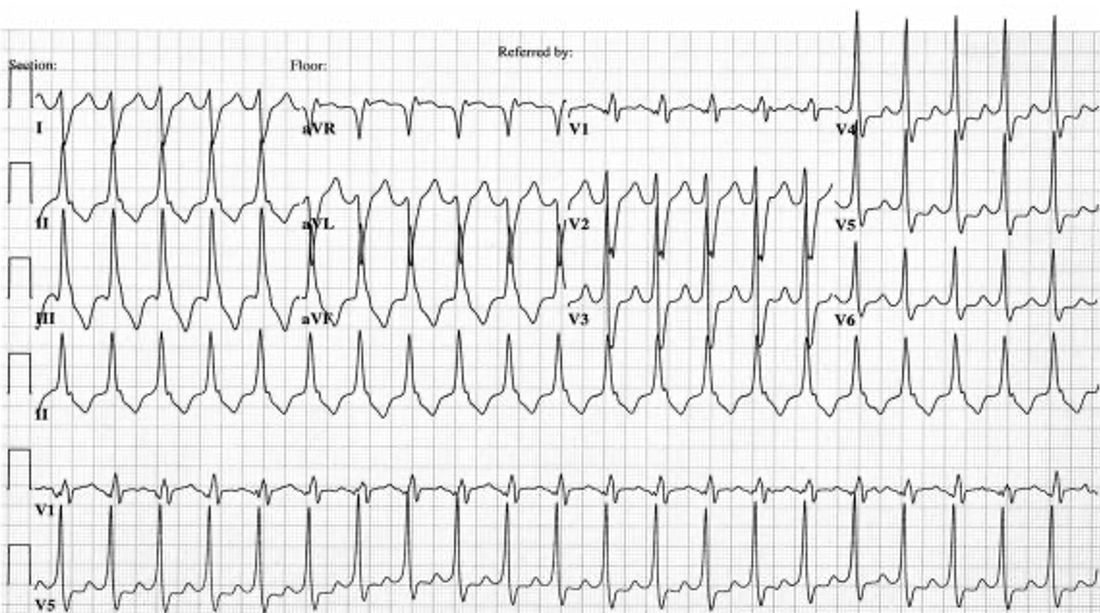 Ref (2)
Management
Vagal Manoeuvres or Adenosine can be used for the acute termination of this arrhythmia.
​
2. Idiopathic Left Ventricular Tachycardia or Fascicular VT
This form of idiopathic VT was first described by Belhassen et al(2), and is sometimes called Belhassen VT. It occurs in a younger population ie 15-40 yo and mostly (70%) males. Sudden death is rare, however patients can present with pre-syncope. The most common presentations include palpitations, dyspnoea and dizziness. The arrhythmia can be induced by stress or exercise.
Most of these(90-95%) are from the Posterior Fascicle
A smaller percentage (5-10%) come from the Anterior Fascicle Management
VT originating from the right ventricle are Verapamil sensitive. In true fascicular tachycardia, vagal manoeuvres and Adenosine will not work 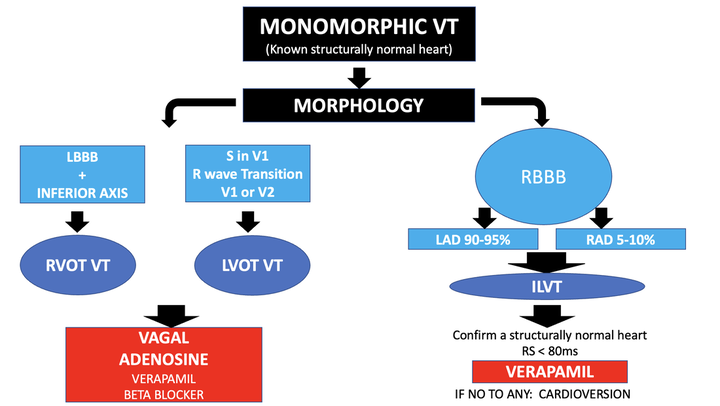 My Approach
I like to simplify the way we discuss the arrhythmias and the approach to cardioversion.
I tend not to use Calcium Channel Blockers as in a potentially haemodynamically challenged patient, or in those with unknown structural heart disease, this may lead to the patients’s blood pressure crashing.
Below is my approach. You should develop your own, or treat the patient in real-time discussion with cardiology.