MONOMORPHIC VENTRICULAR TACHYCARDIA
This is a regular wide complex tachycardia, that originates from a single focus in the ventricle.
It can be either sustained or not-sustained. Non-sustained is defined as self terminating and not lasting for more than 3 complexes or 30 seconds. Below is an example of non-sustained monomorphic ventricular tachycardia. 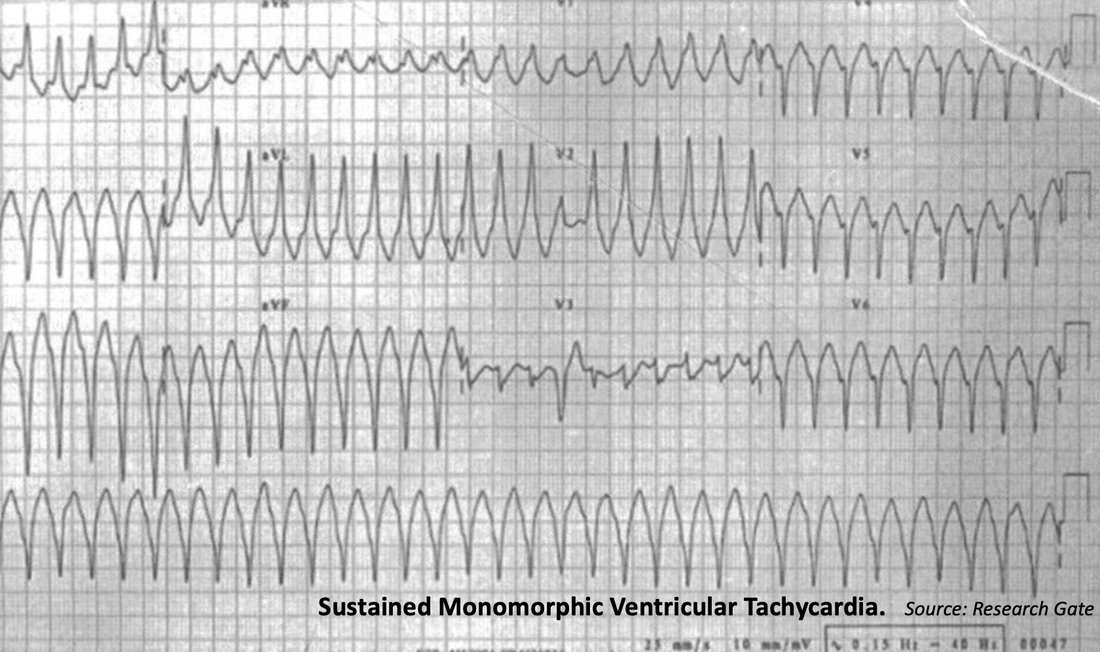 Causes of Monomorphic Ventricular Tachycardia Mechanism by which it happens
It is usually due to reentry through regions of myocardial scar that promote slow conduction pathways and create the conditions for reentry as shown below.

A 32 yo male patient from Methadone clinic with seizures

An ECG is done as shown below. Notice the long QT. 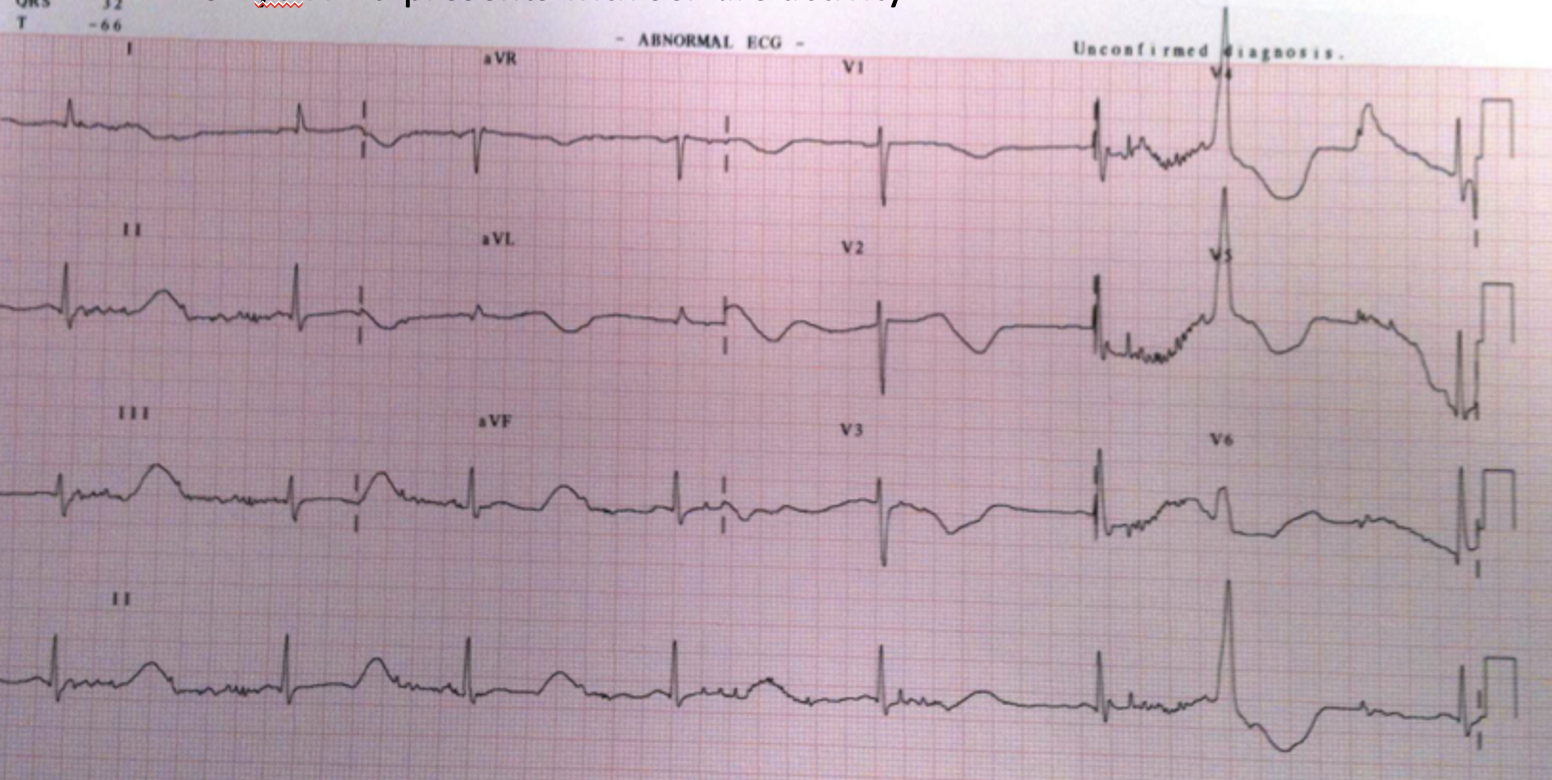 Soon after, the patient has a seizure and the monitor shows the strip below:

This is a Polymorphic Ventricular tachycardia. It is Torsades de Pointes as the initial ECG showed a prolonged QT interval.
The patient is shocked back into sinus rhythm and then Magnesium Sulphate is the drug to use.
​DO NOT use Amiodarone or Procainamide or a Beta Blocker as they can further lengthen the QT interval.